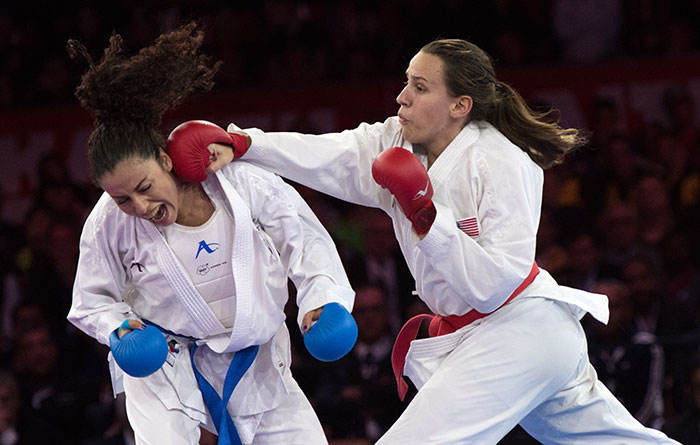 Young promising karateka Carolina Dayana Videla of Chile claimed her first gold in major international competition following her victory in Female Kumite -61kg over Colombia's Stefanny Medina, and became one of the new names to watch at continental level.

Ashley Davis of the USA also took her first gold in individual competition by defeating Mexico's Sachiko Ramos in Female Kumite -68 kg. The World Championships bronze medallist in Female Team Kumite was one of the three gold medallist for the USA at the competition.

In one of her first appearances in senior competition at international level Colombia's Shanee Torres prevailed in Female Kumite 68+ kg as the 19 year-old defeated Ana Isabel Mendoza of Mexico thus stating the prevalence of young generations in international tournaments.

In his first title in over five years, Luis Trivino gave Colombian delegation even more reasons to celebrate after winning gold in Male Kumite -67kg. The 2012 continental title-holder surprised and defeated favorite Andres Madera of Venezuela in one of the most notable upsets of the event.