The Karate family is set to celebrate its unity and social impact in the highly anticipated WORLD KARATE DAY. Thousands of Karate fans from all over the world are counting the days to participate in an event that will have its highlight in Munich (Germany).

June 17th 2017 is the date on which Karate enthusiasts will have the chance to honour the values of the ancient discipline, while celebrating Karate’s inclusion in the sport programme of the Olympic Games Tokyo 2020. The World Karate Day will have its highlight event in Werner-von-Linde-Halle arena in Munich. Seminars with some of the best Karate heroes and top instructors and a competition between the national team of Germany and a world selection will mark the celebrations of the day in Munich.

No less than 14 areas will be set for the different seminars to be held throughout the day. Karate adapted for children, women in Karate, Para-Karate and high-level competition Karate will be among the many topics covered in the seminars. 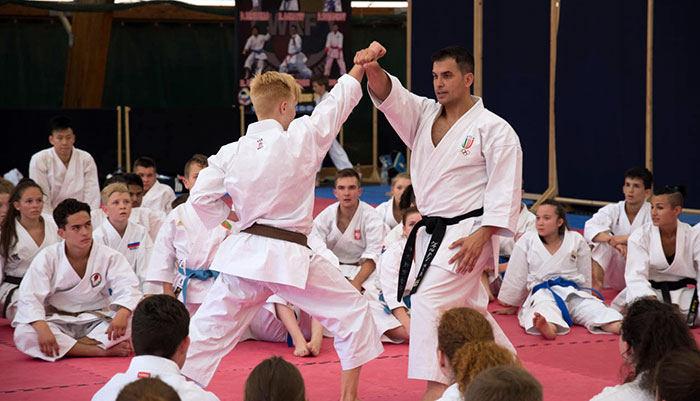 Highly recognised Karate personalities will form the team of Bavarian Instructors. You can find the complete list of instructors here.

More details about the anticipated World Karate Day will be released soon. Go to the specific website of the event clicking here for more information.