Homepage > Notice to visitors:Karate commemorates one year of history-changing moment

Notice to visitors:Karate commemorates one year of history-changing moment

A year ago, millions of Karate enthusiasts around the world were expectant in front of TVs and computer screens hoping for the moment that they had been waiting for so long, the moment that would forever change the discipline. When the IOC President Thomas Bach announced the inclusion of the sport in the programme of the Olympic Games Tokyo 2020, the Karate world burst with joy. The ancient discipline would never be the same.

August 3rd 2016 was the date when Karate’s Olympic dreams came true. The Karate family relives now the ground-breaking moment of August 3rd 2016 and celebrates the first anniversary of the day that changed the sport.

“It was a moment of great joy and it will be on our minds forever. After so many years and such a long process, we were finally able to give very good news to the world of Karate” declared WKF President Antonio Espinós after the announcement. The decision was taken at the 129th Session of the International Olympic Committee which was held in Rio de Janeiro (Brazil). 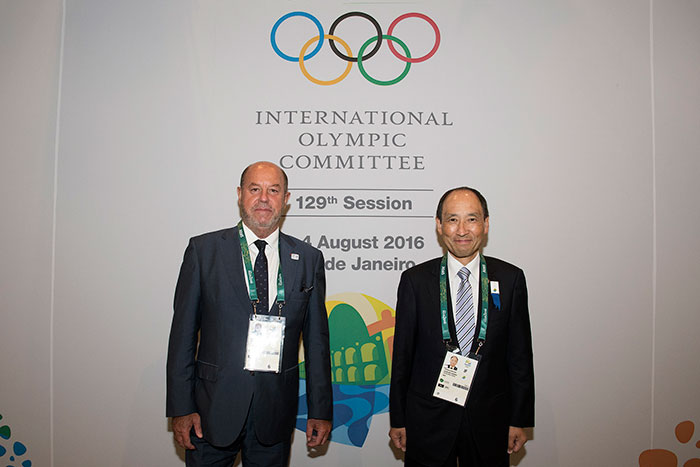 A DAY TO REMEMBER

The historic resolution by the IOC further confirmed one of the main features of Karate: the sense of unity of the discipline. Fans of the sport around the world, millions of practitioners of the martial art, top competitors, senseis in dojos in all five continents, federation officials…all joined in the celebration of Karate’s new landscape as an Olympic sport.

The biggest stars of the discipline became the voice of Karate and headed the outpour of support from all those who ever wore a Karate-gi. Karate was going through the brightest moments of its recent history, and they all felt like they were part of the joyous occasion.

“I am very happy that Karate is an Olympic sport. Our dream came true. Many thanks to all those who made this happen, we will never forget this and we would like to contribute to making Tokyo 2020 a successful Olympic Games,” said World champion Ryutaro Araga of Japan after the decision; former world title-holder Sara Cardin of Italy added: “Our dream came true at last!”. “Finally Karate is an Olympic Sport. I think Karate deserved it many years ago, but we never gave up and we continued trying to be in the Olympic programme. It is a great moment for Karate and for everyone who practice this martial art,” stated two-time World champion Antonio Diaz of Venezuela.  “We are into the Olympics! A new day has begun for us and we have to work together for the best of Karate,” stated world ranking leader Sandra Sanchez of Spain.

Hundreds of Karatekas followed the stars’ lead and showed their enthusiasm in countless celebrations worldwide, either organised by some of the 191 national federations of the WKF or individually hosted by many clubs and dojos.

“To all Karate fans I tell you: you have been the secret of our success and I encourage you to keep on supporting our sport. Believe me, you are so many and so true, and with your help, we will achieve a good participation in Tokyo 2020 and a continuation in 2024 and beyond. Thank you for all your support,” said WKF President Antonio Espinós after the decision. 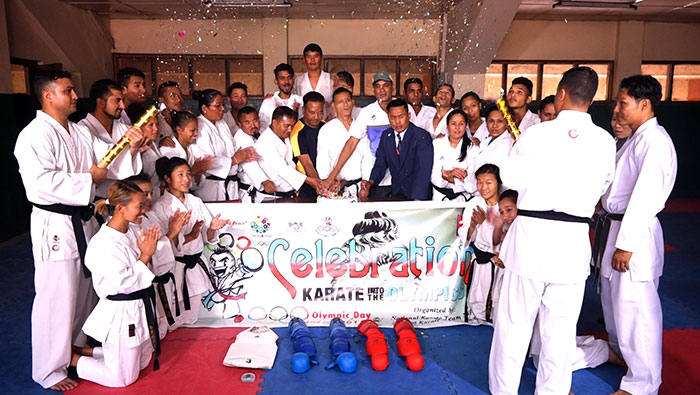 As the Karate world is setting its eyes in the anticipated Olympic debut of the sport, the modality is continuing its development. In the year after the memorable decision of August 2016, many impactful reforms have been established following WKF’s commitment to ushering in a new era for Karate.

Among the many initiatives, the WKF Ranking is being streamlined, a new WKF Commission has been created to deal with all the issues related to the ranking, and the Karate 1-Premier League is continuing its expansion thus raising its profile in terms of the presentation, popularity and participation of athletes.

“The remarkable increase of participants in all WKF events since the inclusion of the sport in the programmes of the Olympic Games Tokyo 2020 and the Youth Olympic Games Buenos Aires 2018 is the clear sign of the growing popularity of Karate,” said WKF President Antonio Espinós. “This growth is the consequence of the excitement of karatekas ahead of the promising future of the sport, and the result of the outstanding efforts by the WKF to enhance the quality of Karate events around the world,” added Mr. Espinós. 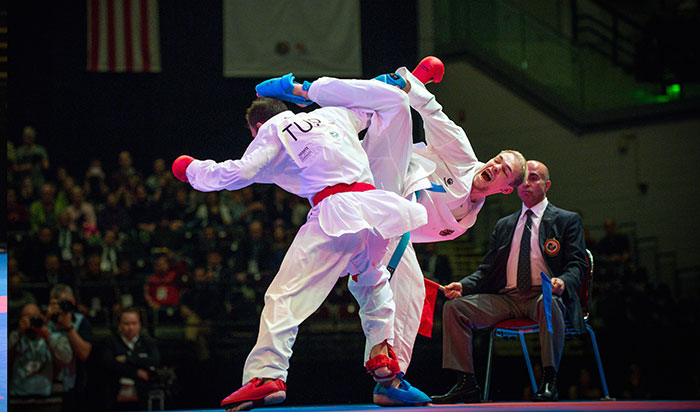 High-profile meetings have taken place such as WKF President Antonio Espinós visiting IOC chief Thomas Bach in February: the head of the World Karate Federation also travelled to Japan to meet the highest sports authorities of the host country of the 2020 Olympic Games. The successful and record-breaking 2016 World Championships in Linz, the addition of Karate to the 2010 Games of Small States of Europe and to the 2019 European Games, together with the excellent relationships with the Paris and Los Angeles Olympic bids have been some of the many landmark moments of the year since the historic decision in Rio de Janeiro.

“It is our aim to continue having a competitive, effective and spectacular sport so Karate can further expand its continued success as we start approaching our milestone of the inclusion of Karate in the Tokyo 2020 Olympic Games,” said WKF President Antonio Espinós. “As we look back to that emotional day of August just a year ago, we cannot help but feel tremendously honoured for having experienced that moment. Everything that has happened this year just shows us that the best is yet to come,” added Mr. Espinós. 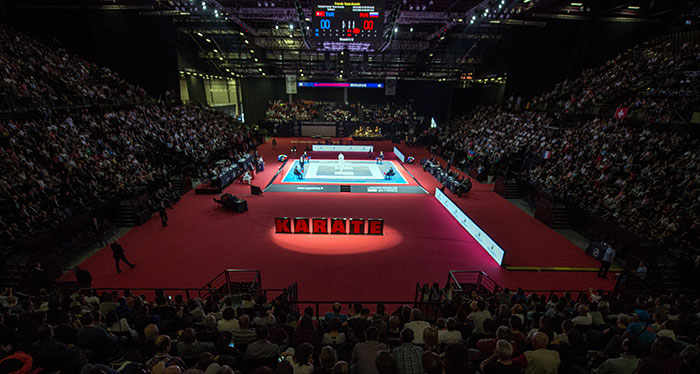