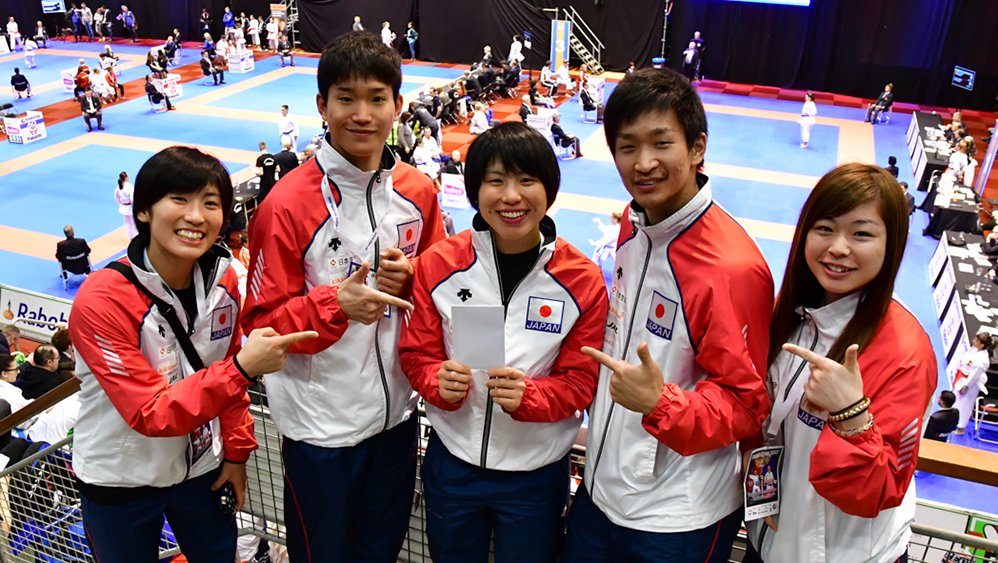 Karatekas from all around the world are joining the #WhiteCard campaign, thus showcasing their support to the movement that promotes peace through sport. Following the outreach action implemented by the World Karate Federation at the Karate 1-Premier League event in Rotterdam, athletes participated in the “#WhiteCard” campaign to highlight the power of sport as a tool for social mobilization, as well as to state the many Karate values.

The World Karate Federation has at its core the many intrinsic values of the sport, such as respect, honour and tolerance. The WKF is committed to using the power of the ancient discipline and its million practitioners around the world in the quest to improve society through sport.

Many top Karate athletes joined the action which took place in one of the main international events of the sport, the Karate 1-Premier League in Rotterdam. First-class Karatekas such as World champions Ryutaro Araga and Ayumi Uekusa of Japan and Jordan Thomas of England, World ranking leaders such as Sandra Sanchez of Spain, and rising star and European champion Steven Dacosta of France were among the competitors who supported the #WhiteCard campaign in Rotterdam. Members of the triumphant Japanese delegation, and fan favourites such as Sandy Scordo of France, Noah Bitsch of Germany and Stanislav Horuna of Ukraine also joined the project. Even legend and former European champion – and Jordan Thomas’ father – Willie Thomas contributed from Hong Kong.

The #WhiteCard campaign is anchored around the United Nation’s International Day of Sport for Development and Peace (IDSDP), to be celebrated on 6 April. The IDSDP commemorates the contribution of sport and physical activity to education, human development, healthy lifestyles and a peaceful world. This campaign promotes sport as instrument to boost cooperation, solidarity, tolerance, understanding, social inclusion and health at the local, national and international levels.