Notice to visitors :WKF president discusses progress of karate in japan with the Japan Karate Federation 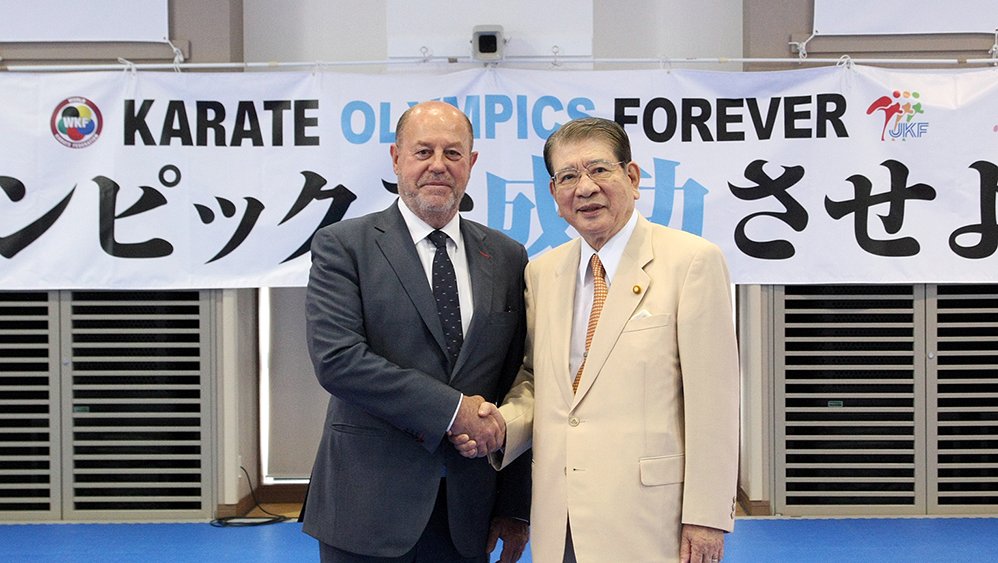 The outstanding development of Karate in Japan was at centre of discussions of the meeting that WKF President Antonio Espinós held with the Japan Karate Federation during his visit to the birth nation of the sport. The head of Karate’s international body has travelled to Japan this week to analyse the situation of the sport in the country and to work together with local representatives ahead of the upcoming debut of Karate in the Olympic Games Tokyo 2020.

The meeting stated the hard work and great effort that the JKF makes in the development of Karate worldwide, and confirmed the remarkable relevance of the sport in Japanese society.

Discussions also focused on the important milestones ahead, both in the quest to Karate’s Olympic debut at the birth nation of the sport, and also in upcoming major Karate events to be held in the Asian nation.

Among these events are the celebration in the capital of Japan of the Test Event for Tokyo 2020 during the summer of 2019.