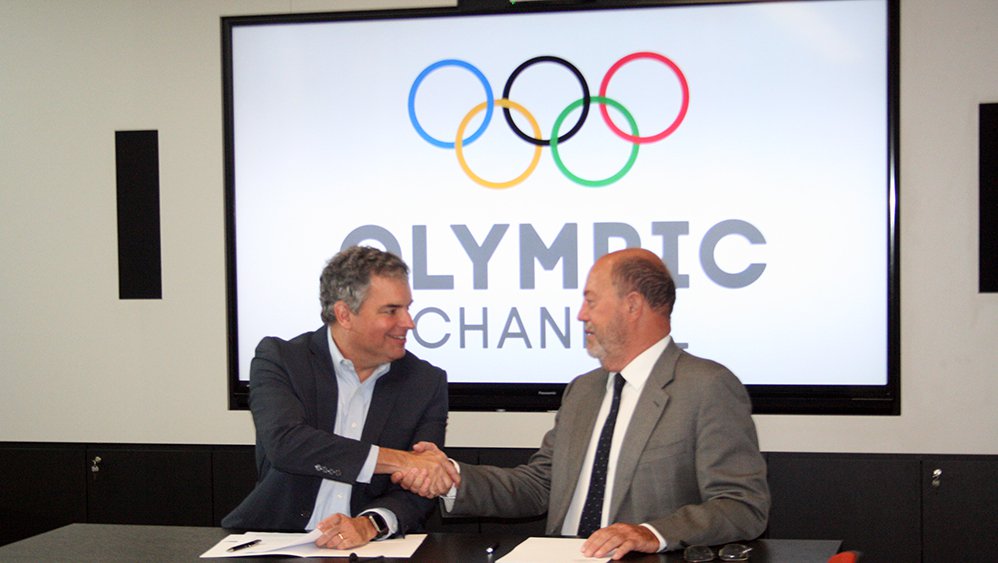 The WKF is the first International Federation not currently included in the Olympic programme to have reached a cooperation agreement with the IOC to create innovative ways to promote sport and to promote the ideals of the Olympic Movement. The Olympic Channel Services (OCS) announced recently that it has to date signed collaboration protocols with other 27 International Sports Federations.

The WKF and the Olympic Channel will work together in the production and distribution of highlights, news coverage and original sport-related content to increase the audience and active participation in sport.

“We are thrilled to be forging such a wonderful partnership with the Olympic Channel. This MOU states our intention of building an enduring association with OCS and we look forward to taking a leading role in the success of the Olympic Channel,” said WKF President Antonio Espinós.

“With this landmark agreement we continue lifting the profile of Karate, as it gives sport fans around the world the opportunity to get in touch with the values of Karate through our sport and our athletes’ stories to be broadcast in the Olympic Channel,” declared WKF President.

Prior to the signing of the memorandum, the delegation of the WKF received a tour of the impressive facilities of the Olympic Channel in Madrid. Antonio Espinós’ visit to the OCS headquarters is the first presence of a president of International Federation in the recently inaugurated base of operations of the Olympic Channel.

The agreement with the Olympic Channel represents a milestone in the WKF’s media strategy and contributes to strengthen the ground-breaking initiatives taken by the global governing body for Karate to further develop the media presence of the sport.

The WKF recently engaged International Sports Broadcasting (ISB) to provide TV coverage for top Karate1-Premier League tournaments and Senior World Championships in a four-year agreement, and new projects are being developed to expand the on-line streaming of first-class international events, among many other actions.