WKF COMPETITION RULES AMENDED AHEAD OF CRUCIAL YEAR FOR KARATE 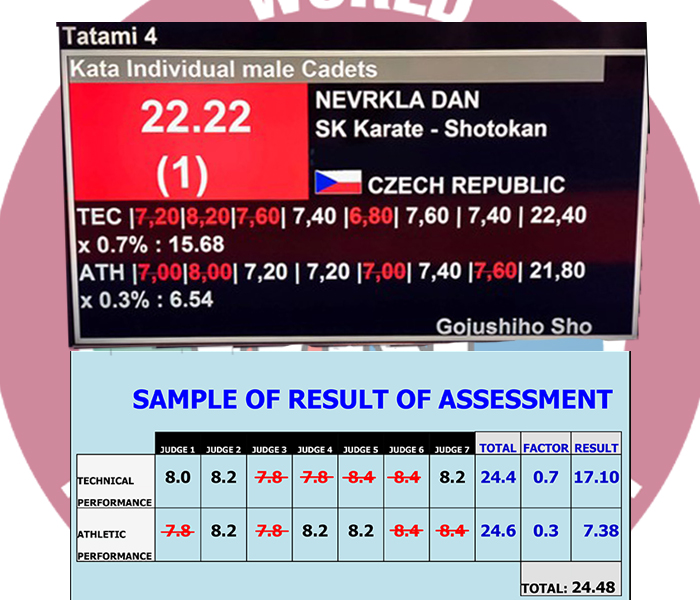 As Karate is getting closer and closer to making its anticipated debut in the sports programme of the Olympic Games Tokyo 2020, the competition rules for both Kata and Kumite will see significant amendments being introduced next season. The duration of bouts in female Kumite and a modernised judging system for Kata will be among the main updates to be applied by the World Karate Federation.

The new year will not only bring an event-filled season of first-class Karate; Starting January 1st, the regulations of top Karate competitions will be updated to further strengthen the appeal and relevance of Karate's main events in the build-up of the introduction of the sport in the Olympic Games Tokyo 2020.

Following a long-time request from competitors and major stakeholders alike, the duration of Kumite bouts will be adjusted so both Male and Female encounters will have the same length. Therefore, from January 1st, both Male and Female Kumite bouts will last three minutes, thus increasing the duration of clashes of Female Kumite from two to three minutes.

Aiming to streamline Kata competitions, the WKF will introduce a modernised judging system for the category of choreographed movements. Accordingly, the decision-taking protocol by flags will now be replaced by a point-allocation system.

The evaluation for technical performance includes aspects such as stances, transitional movements, timing, “Kime” and conformance, while the athletic performance will be reviewed according to strength, speed and balance.

All the competitors participating in a Kata event will be divided into pools of eight karatekas, with the four competitors getting the highest scores moving into the next round. Athletes with lesser points will be eliminated until only two groups of eight competitors remain. At this stage, the top three competitors from both pools will qualify for the final bouts, with the second and third-ranked karatekas from each group competing for bronze and the two top athletes clashing for gold.

In the event that competitors obtain the same number of points, the tie should be resolved by executing an additional kata to determine which competitor goes into the next round.

The amended judging system will be applied to both individual and team Kata competitions. In the case of the team kata events, the duration of the medal bouts will also be modified. The time limit of katas in the team categories for medal bouts will be reduced to five minutes thus aiming to further increase the dynamism and excitement of the tremendously popular category of choreographed movements by teams. 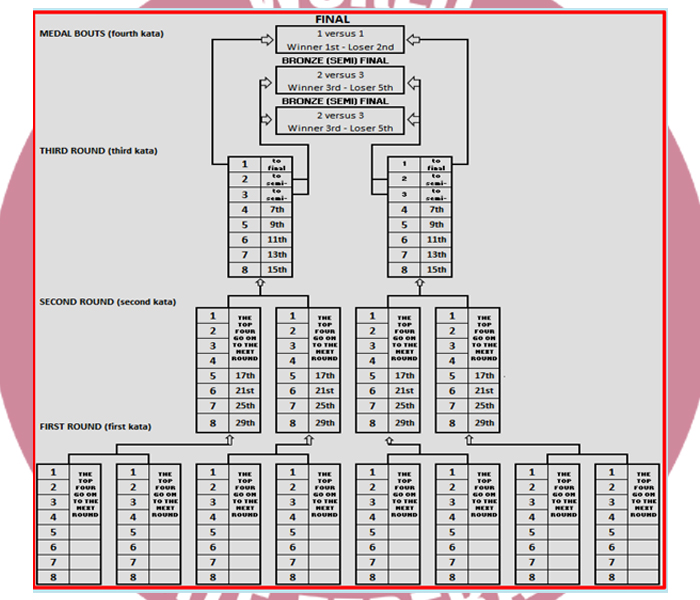