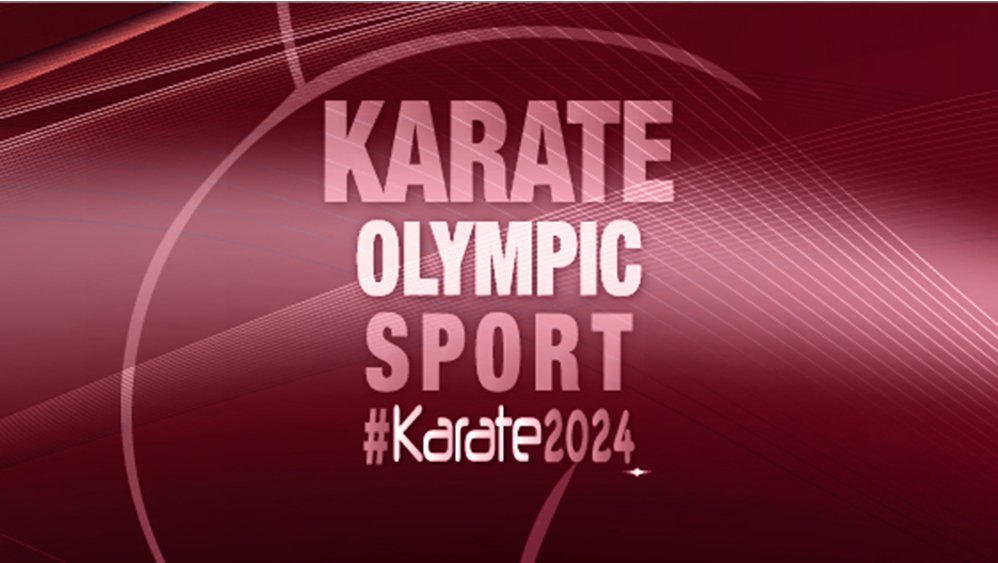 The Organising Committee of the Olympic Games Paris 2024 (OCOG) welcomed on Wednesday, March 6 the President of the World Karate Federation (WKF), Antonio Espinos, the General Secretary of the WKF Toshihisa Nagura and the President of the French Karate Federation Francis Didier. At the meeting, the COJO was represented by its President Tony Estanguet, the General Director Etienne Thobois, the Director of Sports Jean-Philippe Gatien, and the Deputy Director of Sports Aurelie Merle.

It is worth noting that Karate will be included for the first time in the Tokyo 2020 Olympic Games as an additional discipline. In the Olympic event to be held in the birth nation of this martial art, which is practised by millions of people in the world, 80 athletes will clash to win one of the eight Olympic titles. It will be a dream for a whole generation of karatekas.

On February 21, the Organising Committee of Paris 2024 unveiled the four proposed sports to be added to the program of the Olympic Games to be held in the French capital. Karate was not included in this list, although it had met all the criteria, according to the representatives of the OCOG.

"We have come to Paris with the goal of requesting the OCOG to reconsider its position on its decision to propose only four additional disciplines to the Paris 2024 Games. As President of the World Karate Federation, with Toshihisa Nagura and Francis Didier, I have come to defend our great family of karatekas, our athletes of today and our hopes for tomorrow. We have proposed the inclusion of Karate as the fifth additional sport; unfortunately, we have not received any response from our interlocutors, except to mention that the total number of athletes cannot be exceeded in the Games, an argument which does not correspond at all with our request. In no case we were told that their original proposal should be limited to four sports; so there seems to be no express instruction from the IOC in this regard."

"Additionally, we have requested the OCOG to guarantee the total transparency of its decision, so that we can have clear and objective arguments of how the selection of sports has been made. In the end, we have left the interview without any valid criteria or reason to justify their decision. Therefore, we will give ourselves a few days to analyse the situation, during which we will consult experts, and we will launch an action plan with a single objective: the inclusion of Karate in Paris 2024. We will study all the possibilities, and we will not exclude any option. We will use all the resources at our reach to fulfil our objective. We have defended our family and our athletes firmly, and from this perspective, we are satisfied with the meeting, as it allows us now to start with our actions henceforth. One thing is certain: we will not give up."

"As the Japanese representative, I wanted to highlight the current status of Karate, a sport that will be present in all the Continental Games, the Youth Olympic Games and the World Beach Games before Tokyo 2020. In Tokyo, the IOC had decided to include a series of new sports, including Karate, therefore, we cannot understand that this sport is rejected when the Olympic Games in Tokyo have not even been held yet."

Francis Didier, President of the FFK:

"The position of the FFK is to do our utmost, together with the WKF, so that Karate can be present at the Olympic Games in Paris 2024. The proposal made by the COJO represents a lack of respect for all our athletes, it represents a lack of respect for our family of fans ... it's just common sense. How can we tell our athletes that they will not be in Paris in 2024 even before they can demonstrate their values in Tokyo 2020? I urge you to explain this to Steven Da Costa, our World champion, to Gwendoline Philippe and Alizée Agier, both ‘2018 Grand Winners’ and to all our hopeful competitors who will not be able to represent their discipline in Paris in front of their audience; these athletes will not be able to represent their sport even before having the opportunity to enjoy their Olympic dream for the first time in Tokyo. Let's put ourselves in their place. The way in which this decision is made goes against common sense and that is why we are going to go to the end of this situation. The athletes feel humiliated. I encourage athletes of all Olympic disciplines to put themselves in the shoes of our young karatekas. How would they react? How would their national federation react?"

"We have also discussed with the representatives of OCOG their strategy regarding the medals and the performance by the French athletes at the Olympic Games at home. In this sense, it is worth remembering the great level of tricolour Karate at the international stage. We are an important provider of medals for France since historically we are the first nation in Europe and the second in the world. They made it clear to us that this is not a viable argument. Therefore, according to the explanations that we have received at the meeting, we understand that winning medals for our country is no longer a priority objective for the OCOG. In theory, all they want are urban disciplines. If this had been a criterion that had been made public from the beginning, we would have adapted ourselves, and we would not have spared in proposing solutions ... like putting tatamis under the Eiffel Tower, that would be possible, what is more urban than that!"

"I want to remind you that Karate is a discipline that attracts young people (120,000 of them affiliated in France), which is present throughout the country with our 5,000 clubs and which is practised recreationally but also at the highest level. Karate is respect, courage, courtesy, self-control ... there are so many educational values which are implicit in our practice and which make this sport one of the most practised among young people in France. Our presentation before the OCOG was, as they said it themselves, perfect in all the requirements that had been requested by the OCOG. For this reason, we now demand to have access to the selection criteria. We are in our right. We will continue fighting for Karate to be present in Paris, for our athletes and for all the values inherent in our discipline. "

The Karate Federation in France

Karate in the world